Giardia in Dogs and Cats

Occasional, self-limiting diarrhoea is common in dogs and cats, but ongoing or recurrent diarrhoea could be caused by a microscopic parasite called Giardia.

Giardia is a common intestinal parasite in dogs and (less commonly) cats, and infected pets may have no symptoms. Giardia can also infect people, and infections can pass between pets and people.

What is Giardia and how does it spread?

Giardia is a flagellated protozoan parasite: a microscopic, single-celled parasite that attacks the lining of the intestines.

In its trophozoite stage, Giardia attaches to the epithelial cells of the small intestine – absorbing nutrients and multiplying. The trophozoites migrate down the intestine and become encysted in the lower small, or large intestine. Three to ten days after infection, Giardia cysts are released into the environment in the faeces and are immediately infectious.

Giardia trophozoites are not infectious and can’t survive outside their host animal, but the cysts can survive for weeks or months in cool, damp conditions. Infected faeces can infect water, puddles, food sources, and the general environment. Pets catch Giardia by eating, drinking, or otherwise ingesting cysts from contaminated food, water, or objects.

Although Giardia is present in most environments, dogs living in close proximity to lots of other dogs (such as those in rehoming centres, multidog households, and boarding kennels) are at higher risk. Dogs and cats can shed Giardia without having any clinical symptoms. Pets under stress are more likely to develop Giardiasis, as are puppies and kittens. 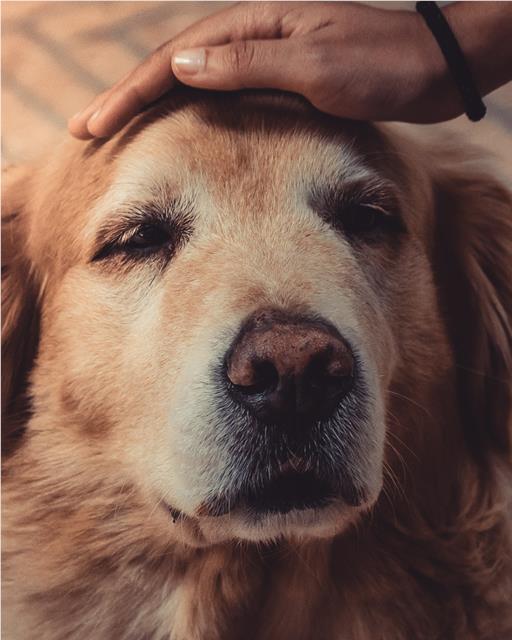 Symptoms of Giardia in pets

Giardia can cause a range of symptoms in pets, and some animals can shed Giardia cysts without showing any symptoms. Common symptoms include:

These symptoms are seen with many tummy troubles and the severity varies between animals. You should seek veterinary advice if:

Diarrhoea can cause dehydration, especially in young and old pets. Dehydration can be particularly dangerous for puppies, kittens, and animals with other medical conditions such as kidney disease.

Symptoms of Giardia in humans

Giardiasis causes similar symptoms in people as it does in pets:

Like pets, people can have giardiasis and spread it to others without having any symptoms. Humans can catch Giardia from contaminated food, water, objects, people, and pets. For more information see the NHS website

As Giardia is commonly found in the environment it is impossible to prevent your pet coming into contact with infective cysts; however, there are steps you can take to reduce the risk.

When you visit your veterinary surgery, your vet will examine your pet and ask for details of their tummy troubles. Your vet may ask for a three-day ‘pooled’ faecal sample as this gives the best chance of detecting infectious causes of diarrhoea in dogs and cats. Your vet will supply a pot into which you put a small amount of faeces each day, for 3 days.

While waiting for results, your vet may advise an easily digestible food, electrolyte drinks to maintain hydration, and supportive probiotic treatment.

If Giardia is found in the faecal sample, and your pet still has symptoms, your vet will prescribe treatment. Treatment is aimed at preventing clinical symptoms but may not end the shedding of cysts. You should take your vet’s advice on cleaning your home and ensure everyone washes their hands after handling your pet or cleaning up after them. 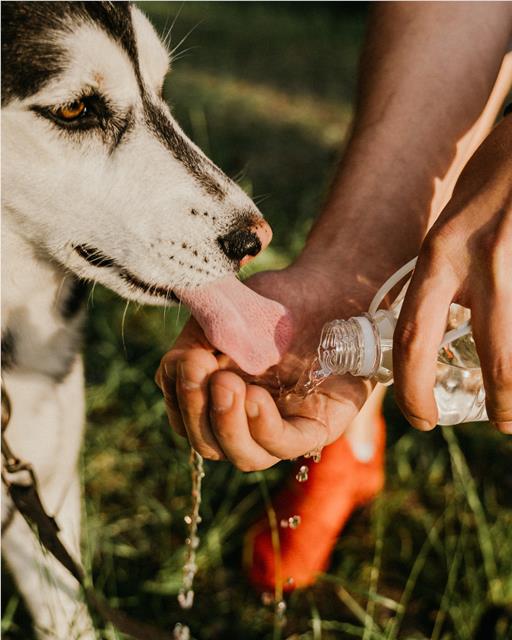 Pets who recover from Giardia can be left with a sensitive stomach for weeks or months. You may find that their normal diet triggers a return of diarrhoea. OSCAR’s nutritional experts can advise on easily digestible foods to support your cat or dog recovering from Giardia.

Giardia is a common infection in dogs and cats, especially those who have recently been rehomed or had a stay in kennels or with a home boarder. Infected pets may have digestive upsets ranging from acute watery diarrhoea to more chronic or intermittent signs, or they may have no symptoms at all. Good hygiene and cleaning practises reduce the risk of Giardia but seek veterinary advice if your pet has digestive symptoms that concern you.