In 1860 James Spratt, an American salesman, arrived on the shores of England on a quest to sell his lightening conductors at the height of the industrial revolution. As he stood on the docks soaking in the sights, smells and sounds, he spotted a group of dogs eagerly feasting on a pile of biscuits thrown off an British merchant ship.

That gave him a brilliant idea for another business opportunity – dog food.

The Spratt’s Patented Limited Company was born, in London, selling the Patented Meat Fibrine Dog Cake. The Patented Meat Fibrine Dog Cake was the first commercially produced dog food, formulated as a biscuit, consisting of meat, cereals, beetroot and molasses. The dog food became hugely popular among the wealthy, sporting dog gentry, and as the wealth of the nation increased as a whole in parallel with the industrial revolution, ‘ordinary’ folk finding themselves with more money, leisure time and the desire to own dogs. And they too wanted to feed their own dogs with this famous branded product. The food was so popular that Spratt’s company even received a Royal Warrant from Queen Victoria herself. 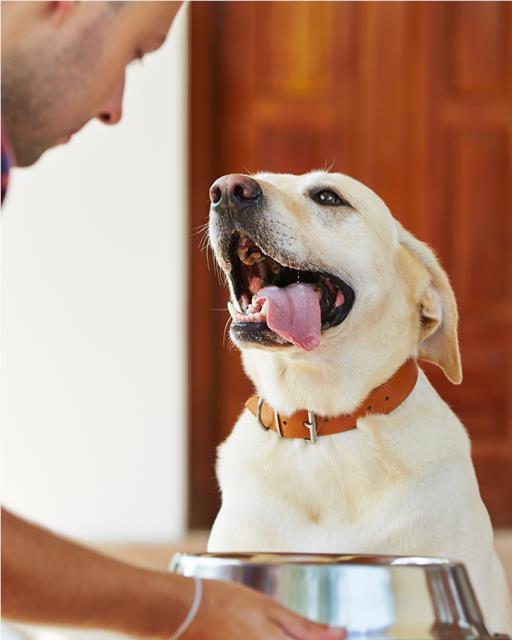 A new age for the dog food industry

Half a century later, the first commercial tinned dog food was launched in the United States, and this heralded in a new age for the dog food industry based on a better understanding of nutrition and the importance of a balanced diet. Today, about 90% of all cats and dogs owned as pets in the Western world are fed commercial pet food at least once a week, and for many of those it is their primary diet.

James Spratt’s dog biscuits and the early commercial tinned and dry foods were all one-size-fits-all universal pet foods intended to be feed through the entire lifespan. Later, manufacturers started to produce differently formulated diets for several different life-stages of dogs from puppies through to old age. There are also a number of commercial lifestyle diets as well.

Today in Europe, nearly all commercial manufacturers of pet food are members of the Pet Food Manufacturers Association and all follow the FEDIAF (The European Pet Food Manufacturers’ Association) Nutritional Guidelines. The FEDIAF guidelines are regularly revised and updated as new information emerges about pet nutrition. They set out in great detail the exact nutrient requirements for cats and dogs through their lifespan. In addition, the preparation of commercial pet food is subject to strict laws that require manufacturers to adhere to a number of quality standards such as hygiene, source of ingredients and animal welfare.

The pet foods market has come along way in the last 100 year to develop full nutritious diets to our pets.